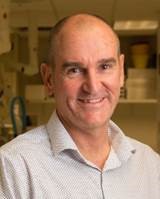 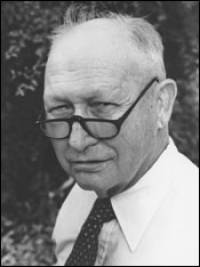 Each year, plant microbiology and pathology graduate students in the Division of Plant Sciences, organize a seminar where a notable scientist in the area of plant microbiology and pathology is invited to speak and interact with students and faculty across campus. The seminar is named in honor of a former faculty member, Dan Millikan, who was a charter member of the Department of Plant Pathology at MU.

The Millikan Endowment was established in 1997 through a gift of more than $1 million from the estate of Daniel F. Millikan, professor emeritus of Plant Pathology at the University of Missouri. People who knew Dan said that he was frugal. He earned a moderate income as a professor at the University of Missouri and he lived in a modest apartment on College Avenue in Columbia that was furnished with a pull-down Murphy bed, a rickety chair, and an old television.

Dan’s modest appearance belied his worth. When he died in May 1996 and officials learned that MU was his main beneficiary, no one expected much. So on Sept. 26, when it was revealed that he had given a $1 million gift to the University, even his closest friends couldn’t believe the amount. It turns out that Dan was an astute investor in blue-chip stocks.

Dan was born on May 31, 1918, in Lyndon, Ill. He enrolled as an undergraduate at Iowa State University but interrupted his studies in 1941 to enlist in the U.S. army. During the war, Dan served in the Pacific theater and fought in the battle of Guadalcanal. Following his release from the service in 1945, he returned to Iowa State University where he obtained his B.S. degree in horticulture, with an emphasis in pomology.

Dan came to the University of Missouri in 1947 where he was a graduate student under the direction of C. M. Tucker in the Department of Botany. He obtained his Ph.D. degree in 1954 and was then appointed to be an assistant professor of horticulture. Dan became a charter member of the Department of Plant Pathology in 1967, where he remained until his retirement in September of 1988.

Dan’s area of professional expertise was virus diseases of woody plants. However, he also was actively involved in improvement of walnuts and butternuts and in enhancing the cold hardiness of peaches. A botanist in the classical mold, Dan was a fountain of knowledge about fruit- and nut-bearing trees of temperate zones. He knew the varieties, their characteristics and their origins, and he worked for decades to strengthen the ties between the department, state agencies and the forestry and horticultural industries in the state.

Although Dan’s appointment was primarily in research, he was always fond of students. “Dan had two families: his own and his University of Missouri plant pathology family,” said Hal Shaffer, a close personal friend and colleague in the department. “He especially believed strongly in young people.”

Humble and self-effacing, Dan Millikan was a true gentleman. When he retired in 1988, his colleagues arranged for a small ceremony to plant an oak tree on the lawn in front of Waters Hall, the building that housed the majority of Plant Pathology faculty. He tried to escape through a side door of the building, but he was escorted to the spot, where the living memorial was duly placed in the soil. In spite of early hard winters, the tree is thriving. A simple plaque beneath it reads: “This tree planted in honor of Professor Dan Millikan, Missouri Plant Pathologist, October 19, 1988.”

Steve Pueppke, the Plant Sciences Unit Leader at that time said of Dan, “He loved this place; he loved students. Serving Missouri – that was his calling.”